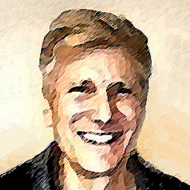 This user has not added any information to their profile yet.

Husband of one, father of two, brother to three, and friend to all who share my purpose: to seek to ease workplace suffering and boost workplace satisfaction.

Now is the time of life when I want to see the Business Model You® method widely adopted and adapted, especially in schools. I seek partners to accomplish this purpose and to carry on the work in my place starting on or around May 2022.

Some particulars of my life: Born in Minneapolis, Minnesota, raised in Seattle, Washington and Stanford, California, resided in Japan (ten + years), four U.S. states, and in various countries throughout Europe (one year).

Held 38 different jobs over the years (including part-time and temporary), with the main themes being education, writing, translating, research, and entrepreneurship. In 2000, the Asia-focused online market research firm I had founded and led since 1994 was acquired by a NASDAQ-listed company in a life-changing transaction that launched my own personal business model journey. Founded and have led Business Model You, LLC since 2010.